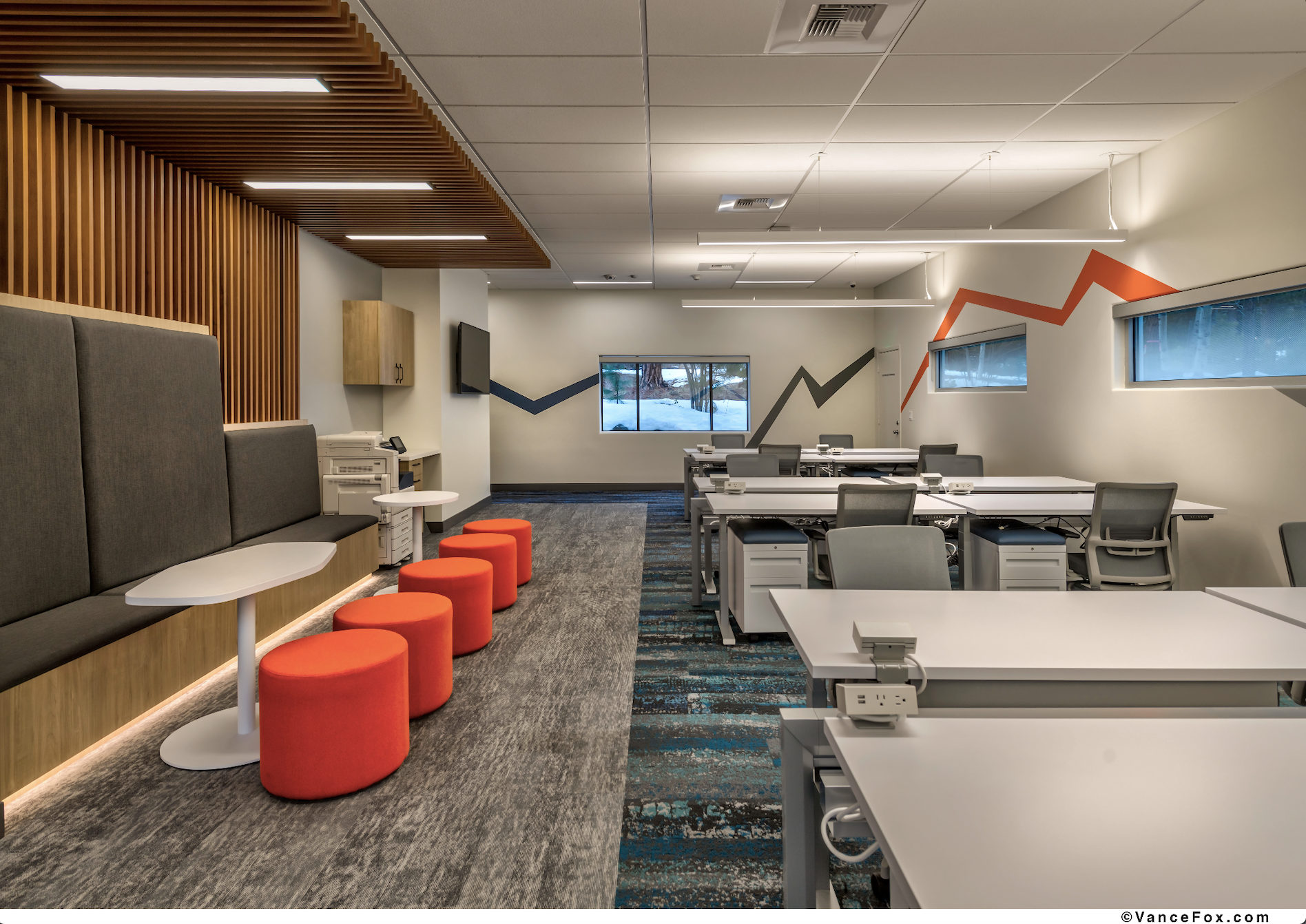 Tenant improvements to the two-story office included the demolition of most walls, ceiling, and

flooring, with the reinstallation of a modern open floor plan on both floors. Mechanical and electrical

upgrades were done throughout the building. The finishing touches included several wallpapers with unique

designs, abstract art and flooring, as well as a Live Wall, a structure that holds 36 plant pots.

February 2020. This project was the first of five office tenant improvements completed for Ridgeline, a fastgrowing

technology company based in the Reno-Tahoe area.

Founded in 2012, Montane Building Group specializes in being a design-build structured company.

Design-build brings the designers to the construction team, which creates a successful team environment.

Design-build projects are streamlined, making them faster and more cost effective in comparison to designbid-